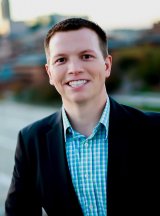 Prior to joining CSI, Jaymes served as the Executive Director of the MICAH House in Council Bluffs for nearly six years. During his time as the organization’s leader, he doubled its staff, grew its annual operating budget over 200%, completed a $3.7 million capital campaign and successfully launched several other key growth strategies. In addition, Jaymes spent three years serving children and families as the Community Outreach Coordinator and In-Home Family Services Consultant at Boys Town.

Jaymes holds a master’s degree in public administration from South University and was awarded the Omaha Jaycees Ten Outstanding Young Omahans in 2017. 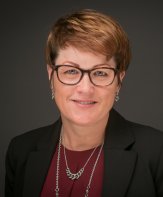 Lisa joined CSI in 1998 and has served in a variety of positions including Therapy and Support Director and Director of Child Welfare Services. She was promoted to the position of Chief Operating Officer (COO) in October 2010 and holds primary responsibility for the agency’s programs and services.

Lisa is a graduate of the University of Nebraska at Omaha holding a master’s of science degree in community counseling. Prior to joining CSI, Lisa worked in private practice, specializing in the treatment of children and families with a focus on early childhood and attachment issues. Lisa also served for six years on the staff of Uta Halee/Cooper Village. 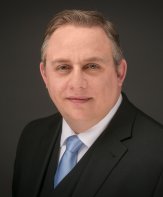 Roger joined CSI as the Chief Financial Officer (CFO) in March 2019. Roger grew up in Bellevue, Nebraska and attended Union College in Lincoln, Nebraska as a Peter Kiewit Memorial Scholar.

Roger holds a bachelor’s degree in finance and international business. During his undergraduate years, Roger interned in the marketing department at MCA Records in Nashville, 96KX Radio, and in the offices of former Nebraska Gov. Mike Johanns and former Sen. Chuck Hagel in Washington, D.C.

After graduating, Roger spent a year in Moscow, Russia, teaching English. He returned to the United States and earned his master’s degree in financial services from Southern Adventist University in Collegedale, Tennessee. After graduating, Roger worked for the Seventh-day Adventist Church for eight years, first as an auditor and then in financial management. Most recently, Roger served as CFO at Yellowstone Forever, the official non-profit partner of Yellowstone National Park, where he led the organization through the successful merger of the Yellowstone Association and Yellowstone Park Foundation. Roger is a Certified Public Accountant and Certified Fraud Examiner. 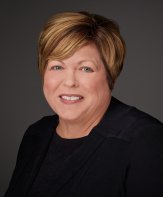 Lori is a native of Radcliffe, Iowa. She holds a bachelor’s degree in general studies and a master’s degree in public administration from the University of Nebraska at Omaha. Lori also has her Certificate in Fund Raising Management from the Indiana University Lilly Family School of Philanthropy. She is a member of the Omaha Downtown Rotary Club and the Association of Fund Raising Professionals.

Having spent her professional career working for various nonprofit organizations, Lori strives to make a positive impact on individuals and families in the Omaha community.

Lori and her husband, Dennis, have two children and five grandchildren. She enjoys spending time with her family, traveling, boating and is an avid UNO hockey fan. 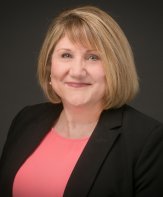 Kris joined CSI in 2017 as the Director of Human Resources. She brings more than 30 years of human resources management experience in the service industry to the position, including positions with Oriental Trading Co., Bag N’ Save Grocery Stores and, most recently, Walmart Neighborhood Markets.

Kris earned a bachelor's degree in business administration from the University of Nebraska at Kearney. She is certified as both a Senior Professional in Human Resource (SPHR) and Society for Human Resource Management-Senior Certified Professional (SHRM-SCP).

She is a member of Society for Human Resource Management (SHRM) and Human Resource Association of the Midlands (HRAM) Organizations and brings immense experience and knowledge in the field of human resource management. 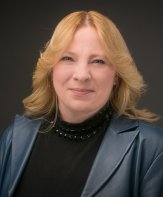 In 2008, she assumed the additional responsibility for all of CSI’s facilities, properties and vehicles as the Facilities Supervisor. Tammy strives to maintain CSI’s assets in the best condition possible while still being cost efficient. 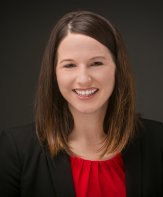 Chelsey joined CSI in October 2019 as the Director of Marketing. She is an experienced marketing and communications professional focused on the non-profit sector.

Before joining CSI, Chelsey served as the Marketing and Communications Manager at PromiseShip in Omaha. Chelsey desires to make a lasting and positive impact in the community where she and her family call home. She melds her love of marketing and communications with her passion for helping those in need. In her free time, Chelsey is a community volunteer who spends time with her family including her husband, two children and pets.

Chelsey holds a bachelor's degree in journalism and mass communications from the University of Minnesota. 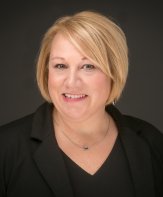 Jana holds a bachelor's degree in family studies from the University of Nebraska-Lincoln and earned a master's certificate in infant toddler mental health from Portland State University. She served on the Omaha Association for the Education of Young Children’s Board of Directors from 2006-2010. Jana is passionately committed to helping our community’s children develop their social and emotional skills to their fullest potential in order to prepare them for all that school—and life—has to offer. 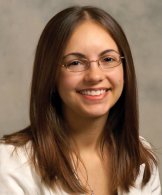 Kathy enjoys building relationships with staff, children and families. She believes in quality education for young learners and enjoys advocating for early childhood professionals, as well as sharing the quality services CSI has to offer to the Omaha community. 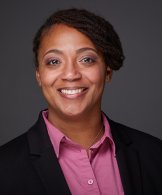 Jovan joined CSI in 2022 as the Director of Child Welfare Services. With more than 20 years' experience working with children and families, Jovan brings a wealth of knowledge to the CSI team. 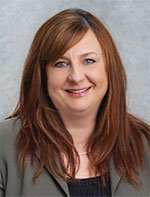 Amy joined CSI in June 2009 as a Client Database Assistant before being promoted to Continual Quality Improvement Coordinator & Client Database Administrator in January 2010. Prior to CSI, Amy worked as a project manager for a financial services company for 13 years, where she planned and executed information technology projects and developed methodologies to improve the quality of project results.

Amy is a graduate of Iowa State University with a bachelor's degree in chemical engineering. 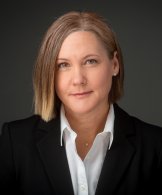 Lora joined CSI in September, 2020 as a Licensed Independent Mental Health Practitioner. In March of 2021, she transitioned into the Director of Mental Health Services role. Lora brings with her over 15 years of training and clinical experience working across a variety of settings including outpatient specialty clinics, crisis intervention, nonprofits and private practice. She earned her master’s degree in counseling from Bellevue University and an undergraduate degree in human resources and family science from the University of Nebraska at Omaha. 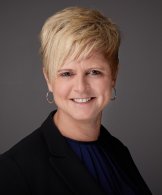 Teffany joined CSI in 2017 as the Director of Juvenile Justice Services. Teffany started her career in law enforcement, including stints as a juvenile detention specialist at the Douglas County Youth Center, and six years with the Sarpy County Juvenile Justice Center as a senior supervisor. There she discovered her passion for interacting with the youth in a more therapeutic environment. From there, she joined Heartland Family Services, becoming assistant vice president for child welfare and juvenile justice programs.

She is a graduate of Bellevue University with both bachelor's degree in criminal justice administration and a master's degrees in crime management.

Sign up for our e-mail newsletter to receive information about our services and events.