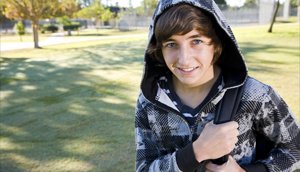 Micah was just 14 when he came to Child Saving Institute's Emergency Shelter. He arrived from the Douglas County Youth Center (DCYC), where he was held after making threats against his school, which expelled him. An assessment done by the DCYC upon intake showed that Micah was highly aggressive with violent tendencies and would likely be a repeat offender. He had problems with anger and impulse control.

The probation officer recommended to the judge that Micah be placed in a group home or someplace with an even higher level of care until his court date. Micah’s parents wanted him released to their home and were willing to participate in a family support program daily, take him to therapy twice a week, and take him to his probation appointments three times a week. The judge appreciated the parents’ willingness to support Micah’s needs, but believed Micah needed intensive programming. The odds for success were against him.

By the second week, Micah began cooperating with Emergency Shelter staff and rules. He made noticeable progress during each week. He began to trust his therapist and the staff, and his parents remained very involved. Micah’s father cancelled an international business trip so he could attend a court hearing and family therapy session, demonstrating his commitment to helping his son. Micah worked with the therapist on healthy ways to express anger and frustration, and he gained a sense of hope.

After six weeks, Micah went back to court where he plead guilty. He presented the judge with a letter he wrote to the school and teachers apologizing for his actions and showing that he understood the harm he had done. The judge allowed Micah to transition home. He will continue attending therapy and remain on probation.

With help from CSI’s staff, a supportive family, and a caring therapist, Micah has a better chance of beating the odds.